To Restore The Beautiful Void Is To Restore Local Economy

A little while ago the 'State of Nature' report was released. Our nature is in severe decline, why?

The picture below is the Wye Valley in Mid Wales just below my home town of birth, Builth Wells.
Just above this stretch of the River Wye is the River Irfon, a major tributary. In forty years I estimate that 90% of the ecology has disappeared form its waters. This is largely, partly due to dominant conifer plantations. Over the life time of those managed plantations they have acidified the soil which then sub-sequentially acidifies local water courses and rivers. It is known that these conifers support few species or ecology in comparison to broadleaf. An Oak tree will support an abundance of flora and fauna, hundreds of insects and birds. The absence of broadleaf leaf litter is also thought to have a detrimental effect on soil condition and habitat quality of the rivers. The studies on this conducted by Cardiff University are many. Marry this to the historic deforestation of 'species rich’ broadleaf due to the large scale mechanisation of farming; you only have to walk around those hills to witness the patch work of pasture separating small remaining Oak wood pockets. Of course 'some' sizeable pockets remain in protected areas, but the majority of our uplands are open moorland, grazing pasture or conifer plantation.

A huge percentage of Wales in recent history has been given over to subsidised sheep farming. Grazing compacts soils and removes the majority of wildflowers, tree saplings and seeding tall grasses; this directly removes habitat for a whole ecological chain, wildflowers, pollinators, seed feeders, birds, small mammals, birds of prey; even fly hatches are absent, of which birds and fish feed on alike. In effect 'The Hills Are Dead'. Then also throw in the nitrogen rich farm run-off and agri chemicals effecting the water courses and ecology too.

Wales’ 'Unique Selling Point' (USP) is its environment. Ecological restorative farming would make a space for nature again. Add to the income of farming renewables, post Brexit, in the form of community energy.

Combined mix renewables delivering locally first, providing an income for those working the land and reducing energy costs for the immediate locality as well.

All of these factors combined and implemented would have many knock on effects, alleviating energy poverty, enhanced ecotourism, diversity of farm foods and high quality niche products; flood prevention, soil erosion prevention, soil restoration, carbon capture, climate change mitigation, job creation, the reinvention and enhancement of ‘lost' local economies, all echoing many of the existing Acts implemented by The Welsh Government:

Recently this 'progressive political agreement' for funding farming was announced. The Welsh Liberal Democrats have welcomed an announcement of a £40 million small grants scheme for farmers. In the detail is this a move towards ecological restorative farming in line with all the above Acts, in line with the well founded recommendations below?

Wales consider, where is a true sustainable revenue? Is it in two monoculture industries or in a Wales restored to former habitat rich glory, where there is room for nature, and a maximised local sustainable economy for Wales as a 'whole'? Climate change is not going away and where is it best to start dealing with our global responsibility? Wales is beginning to turn this around, but when it comes to elections who in politics are selling it to Wales as a vision of networked 'sustainable resilient enriched local economies', stronger in facing all of the uncertain challenges that climate change will throw at them.

A collective political vision for Wales to sell. Enhance Wales' USP, its environment its 'Green and Pleasant Land'. After all we have had all of Wales' political parties sign a commitment to the Paris Agreement to demonstrate Wales’ commitment to tackling Climate Change. All bar UKIP, who with assistance, took you out of the EU for all of the wrong reasons, and deny all accepted global science that climate change exists?

I would argue that whilst we are tethered to UK politics, that Wales' transition to Zero Carbon will be permanantly faltering. Wales has a unique chance as a exampla seed change model for the 'whole' of the world. This change has to be close and manageable. With an independent Welsh Government, local authorities, third sector and the general public fully bought into it; after being sold a positive vision, with the Future Generations Act as the starting point. The rest of the world will look on in admiration; only if Wales collaboratively act today. Sell the 'vision' our unique selling point. We have the knowledge and technology, the only thing that is missing is that shared 'hymn sheet' for all to sing from. Road map how you empower communities with the strength of local economy.

Finally to sell that 'vision' all you have to do is re-watch 'John Lewis Christmas' as this is the level of marketing we are contending with to court the ears of a nation. We need to rediscover that romance with nature our environment and planet, but in actuallity. 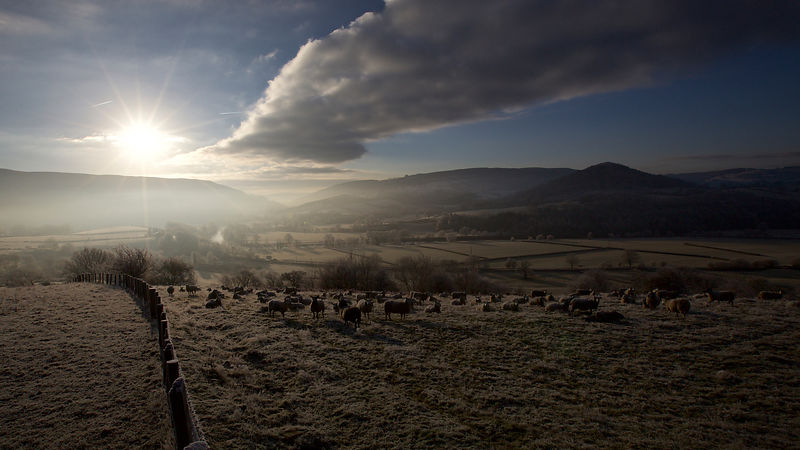